WE: A Manifesto for Women Everywhere

Long time no see! Thought I would pop in quickly to share this book I just came across...

"WE: A Manifesto for Women Everywhere is an uplifting, inspirational, and intensely practical manual for change, providing nine universal principles that offer a path for dealing with life's inevitable emotional and spiritual challenges. It's for anyone who wants to see her own life and the world around her change for the better."

Let me know what you think! I'm going to pick up a copy now :) 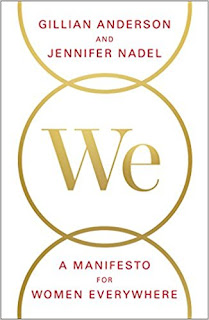 Posted by Anne Louise O'Connell at 11:29 No comments: 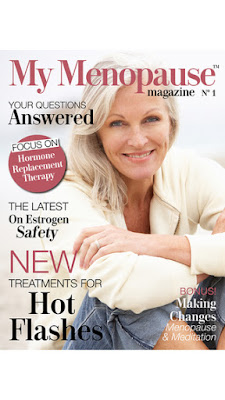 Another great reference to check periodically to ensure you're not the only one! My Menopause Magazine is full of articles with expert advice on maintaining a healthy lifestyle while keeping the symptoms of menopause under control. When you subscribe, you receive a free copy of the ebook, Changes During the Change.

Posted by Anne Louise O'Connell at 05:24 No comments:

Top 7 Mistakes Made by Women in Menopause 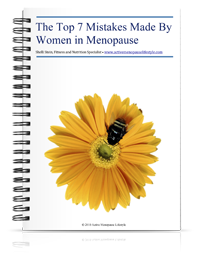 I just found this great free report by Shelli Stein, Fitness and Nutrition Specialist that includes some great advice and other recommendations for books to read.

Posted by Anne Louise O'Connell at 18:46 No comments:

Bringing Menopause out of the Closet

This isn't a book but I couldn't resist sharing Sarah Jane's words of widsom!


Posted by Anne Louise O'Connell at 21:06 No comments:

This is my new mantra... say it with me... Goddesses Never Age! This is also the title of Dr. Christiane Northrup's latest book. Have you read it? What did you think? I'd love to hear how you're battling the 'aging' process... or is it beating you? I change my mind from one day to the next and I'm sure I'm not alone. I guess I need to meditate on it more and do a few warrior poses :)

I think I'll pick up a copy and see if I can get some more tips!

Posted by Anne Louise O'Connell at 05:33 No comments:

Menopause in Manhattan by Anne Kleinberg

As I was contemplating turning my mad ramblings into a novel, I wondered if there was actually a market for fiction where the central character is a menopausal woman. When I started my search I found that there weren't many books that fit the bill, but I did come across this one, read it and loved it! It was just another sign that I had to write my book. Certainly, there were other women out there, like me, who wanted to read this stuff! So, I do recommend Menopause in Manhattan and wanted to share the synopsis with you... 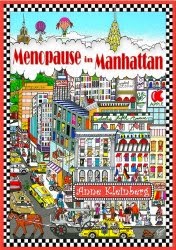 Welcome to New York City, and the world of publishing, interior design, fashion and food. As Elie Sands turns 50, she seems to have a charmed life. Executive editor of a top design magazine, she’s married to a furniture tycoon and the mother of two accomplished young women. She’s an avid cook, lives on Central Park West and owns a house in the Hamptons. Syd Sorenstein is Elie’s mentor and upstairs neighbor. A chic, opinionated financial advisor, widowhood has not extinguished her lust for living. A workout fanatic and world traveler, Syd does exactly as she sees fit, with little interest in what others think.Michael Delmonico, partner of Daniel, is entertaining and flamboyant. He is also self-centered and hopelessly disorganized, but has an eager list of clients waiting for his interior design services. Michael is Elie’s dearest friend, and Syd’s worst nightmare. Life is good. Or is it? Elie makes a distressing discovery, Syd’s reputation is threatened and Michael gets shocking news from his past. Instead of easing comfortably into middle-age, each is forced to deal with unforeseen challenges, unresolved issues and reassessing what lies ahead.


So, if you've read a book (fiction or non-fiction) and would like to share a review here, please email me. If you're an author who has written a book that features 'the change' as a main theme or sub-theme, and you would like to do a guest post, please let me know!

If you’d like to receive my newsletter, book launch announcements or information on upcoming writing retreats, go ahead and sign up for my newsletter. When you sign up you’ll also receive a free copy of my ebook, 10 Steps to a Successful PR Campaign – a Do-it-Yourself Guide for Authors.

Posted by Anne Louise O'Connell at 22:30 No comments:

The Monster The Mentalpause and Me
by Jan Emslie

The Monster, The Mentalpause and Me is a satirical look at the life of 52-year-old Molly McIntosh, a third stage Mentalpausal, with a bitter and twisted womb. She has to contend with spontaneous facial hair growth, forgetfulness, and the Wicked Witch of the East-rogen occupying her guest bedroom…her mother-in-law, AKA ‘The Monster’. 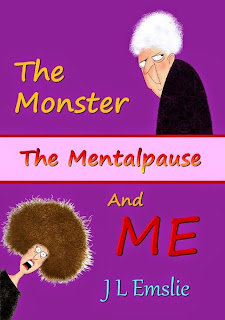 Molly’s patience is tested on a daily basis as she pits her wits against her scheming nemesis, Annabel Lextor.

The book spans a hilarious year in Molly’s life. Ending with the realisation that one of Monster’s husbands might not in fact be dead.

I’m a former accident and emergency nurse who went back to a university as a mature student to study Psychology. I also ran kitten adoption in Dublin for ten years and was actively involved in animal welfare in Ireland. Remember "It's cuter to neuter."

Currently, I live in the Granada area of Spain with my own long-suffering Mr. Husband of 30 ODD! years. Eight rescue dogs and eight cats. Including the 28-year-old GRUMPY cat Alice.

"How did the Monster The Mentalpause and Me come about Jan?" People are asking me ....Well, I accidentally wrote the book! Then I also accidentally bought a cow at a market some years back, so that shouldn't come as a surprise to those who know me.

It's in the genre of the "Sweaty, puffy, hormonal stuffy AKA The Menopause and also known by its more descriptive moniker: 'The Mentalpause.' That's where you leave your brain at....Well, leave it where ever you wish because you are going to forget where you put it anyway, along with keys, a chicken, and a very nice Spanish exchange student called Raul!

The accidental book came from my Facebook page uncannily called The Mentalpause where it evolved, when I started to write about the daily trials and tribulations of a pastry dependent, 50 something-year-old 'GAL' and her Mother-in-Law ..The Monster. Egged on by my fantastic Mentalpauser's. Uncannily similar to my own life, I avoided a lawsuit for libel by changing my name to Molly in the book.(Joke). Mr. Husband is Mr. Husband.

I'm fond of animals but not that fond of people, which was a drawback as a clinical psychologist. I spent most of my time plotting revengeful ways to dispatch my patients, so I had more time to eat cake and put bows on kittens. Luckily my patients were very naughty people who were locked securely up for the good of society.

Then I decreed there was not enough laughter in the world, so joined up all the short stories "What I wrote." And the end product, once it had a cover, resembled a book. People said it made them laugh and pee~pee their pants a little, and that was good enough for me.


Oh! I also have the ability not to take life too seriously and have a good laugh, mainly at myself. THE END....Or is it? I am currently working on the second book in the series. Molly's gone Mentalpausal.
Posted by Anne Louise O'Connell at 19:24 No comments:

Will Abbie plead temporary insanity? Pick up your copy on Amazon and find out!

Now available on KOBO too! 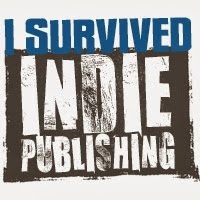 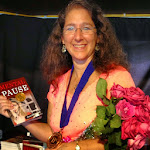 Anne Louise O'Connell
Halifax, Nova Scotia, Canada
An author, developmental book editor and partner publisher, Anne can be found working on her latest novel, mentoring other authors, publishing books or leading writing workshops. Anne’s first novel, Mental Pause, launched on International Women’s Day, March 8, 2013, won an Independent Publisher Book Award (IPPY). Her next novel, Deep Deceit, launched March 8, 2015. She is also the author of @Home in Dubai; and 10 Steps to a Successful PR Campaign – a Do-it-Yourself Guide for Authors and while living as an expat in Thailand, was a regular contributor to the Wall St. Journal Expat Blog and Global Living Magazine. Upon her return to Canada in 2016, after 23 years of expat life, she established OC Publishing in Halifax, NS. For more information visit www.ocpublishing.ca. Follow Anne on social media at: www.twitter.com/ocpubhfx www.facebook.com/ocpublishing https://www.linkedin.com/in/annelouiseoconnell/ www.instagram.com/ocpubhfx